Kepler's witch: an astronomer's discovery of cosmic order amid religious war, political intrigue, and the heresy trial of his mother

Johannes Kepler confirmed the Copernican universe, laying the foundation for Newton's later laws of physics; calculated the true shape of the solar system, along with the basic laws of planetary ... Read full review 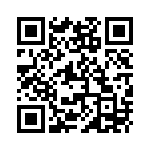