I carried this EXTRAORDINARILY FINE BOOK as a gift to Archbishop Cisneros of Cuenca, Ecuador during my pre-baptismal confirmation ceremony in 2007. The Archbishop had met with the Pope in 1987.
The title of the book is misleading.....but the inside information is as profoundly important as the Ratzinger Report.
'Keys' to understanding the book lead to the last few chapters which summarize the post-Vatican II Church era as colored with what he calls the Judas Complex.
The author makes a believable characterization of Judas as the first 'social justice liberal' who betrayed Christ for the State. The author further shows the spread of this ‘Judas Complex’ throughout the post-Vatican II world of ‘social organizers’, where above all things- media matters. He calls them the anti-Church people.
Another key to understanding the truth in the book is relational to Fatima- more exactly Pierre Chardin’s book: the Divine Milieu. This is the eyes and the ears of Fatima- all before and after WWI...and more:
The SECRET OF FATIMA as the birth of a ‘new’ spirit like a new genus into the world: the anti-Church spirit that sent Vladimir Lenin into the heart of Russia against the Orthodox Church- giving birth to Communism. Those politics became collateral damage by loosing on earth what later becomes established in 'heaven'.
Consequently, Pope John Paul understood very well that Rome and the European bishops in part were responsible for the birth and spread of Communism. And since the rebuttal at Fatima, the Catholic church has been completely adsorbed into the effects of communism onto the world and within the church- a struggle for the ‘soul’..the over-soul as Nietzsche had described it.
PJP’s role as comforter (Paraclete) was not to make public this conspiracy against the Eastern Orthodox Church by Rome and the European Bishops, but rather to apologize in short to the world for the consequences thereafter and thereof.
Chardin diagrams this further in his relational science of biology to 'spirit' and a nature as 'born'...not ‘made’ in the world..in the supernatural.
Connecting this, is the further work of Pierre Chardin in discovering Java Man while exiled in China. This is antecedent to the later effects of Lenin's communism coming to China as a full manifestation of Mr. Mao.
Pierre was exiled by the anti-Church because he knew the secret of Fatima to be: the sealing of Lenin on a train bound for Russia. In the Phenomena of Man, Pierre alludes (as a geologist) to the parallel symbolization of the great meteor of Kamchatka that passed over the European war theater at that very site… in that episode of human history.
He describes his epiphany in the same spirit that C.S Lewis describes his epiphany event as did Albert Einstein. Lewis' observation was that ‘man is amphibian: half animal and half spirit’. This follows the book’s observation that the goal of the social action pan-Christians is not only to bear an anti-Church spirit with bared teeth but also to remove the historical vestiges of the Visible and Historical Church with curled lips compressed. The basis of 'Schism' both in politics and religion is to separate the intellectual intelligence from the emotional intelligence...and vie one against the other.
Pierre explains this with his word "explicit" when he says that:
'everything which diminishes my explicit faith in the heavenly value of the results of my endeavor diminishes immediately my power to act".
You can see that the Visible Church is 'explicit' as action is a function 'implicit' to faith.
The best part of the book is the history of Poland as a spiritual core to true Catholicism (triple A- Aristotle-Augustine-Aquinas)...as the heart and core of historic Christianity was being hollowed out of Rome at Vatican II.
Pope John Paul understood this as a calculated risk of admitting the Russian Orthodoxy as

Malachi Martin, eminent theologian, expert on the Catholic Church, former Jesuit and professor at the Vatican's Pontifical Biblical Institute, is the author of the national best-sellers Vatican, The Final Conclave, Hostage to the Devil and The Jesuits. He was trained in theology at Louvain. There he received his doctorates in Semitic Languages, Archaeology and Oriental History. He subsequently studied at Oxford and at Hebrew University in Jerusalem. From 1958 to 1964 he served in Rome, where he was a close associate of the renowned Jesuit cardinal Augustin Bea and Pope John XXIII. He now lives in New York City. 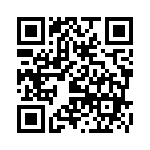