This is a difficult play to rate. It is courageous in stepping out of easy playwriting territory. It is challenging in the story, which challenges you to keep up as it careens from one place to ... Read full review

Tracy Letts is the author of Killer Joe, Bug and Man From Nebraska, which was a finalist for the 2004 Pulitzer Prize for Drama. He is a member of the Steppenwolf Theatre Company, where "August: Osage County" premiered. 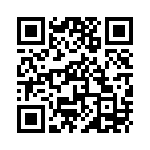