William Henry Blum was born in Brooklyn, New York on March 6, 1933. He received a bachelor's degree in accounting from Baruch College of the City University of New York. He was hired as a programmer by I.B.M. and then by the State Department. After becoming disillusioned over the Vietnam War, he helped inaugurate a biweekly underground newspaper called The Washington Free Press and joined in antiwar protests. In 1967, he was pressured to quit his government job. He wrote numerous articles, columns, and books raging against United States foreign policy. His books included The CIA: A Forgotten History, Rogue State: A Guide to the World's Only Superpower, and Freeing the World to Death: Essays on the American Empire. He died of kidney failure on December 9, 2018 at the age of 85. 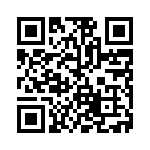