Excellent! Gruesomely detailed, but that's because some of the events depicted were themselves horrific. There are lots of other more benign (yet still very serious) details given, such as the ... Read full review

Peter Baker is an American political writer and newspaper reporter who is currently White House correspondent for New York Times and a contributing writer for the The New York Times Magazine. He is responsible for covering President Obama and his administration. Prior to joining The New York Times (NYT) in 2008, Baker was a reporter for 20 years at The Washington Post, where he also covered the White House during the presidencies of Bill Clinton and George W. Bush. Baker co-authored the original story breaking the Lewinsky scandal during Clinton's presidency and served as the paperżs lead writer during the subsequent impeachment battle. During Bushżs second term, Baker covered the Iraq War, Hurricane Katrina and the Supreme Court nomination fights. Baker is the author of many NYT bestselling books: The Breach: Inside the Impeachment and Trial of William Jefferson Clinton, Kremlin Rising: Vladimir Putinżs Russia and the End of Revolution, and Days of Fire: Bush and Cheney in the White House. He won the Gerald R. Ford Prize for Distinguished Coverage of the Presidency for his reporting on Bush. Baker is a regular panelist on PBSżs Washington Week and a frequent guest on other television and radio programs. 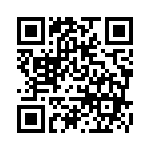