This book gives tremendous insight into Albert Hoffmann's life and research. Hoffmann is the scientist who, in 1938, first isolated the compound LSD-25 from ergot. At the time, Hoffmann had no idea ... Read full review

Dr. Albert Hofmann, born January 11, 1906, is a prominent Swiss scientist best known as the "father of LSD". He was born in Baden, Switzerland, and studied chemistry at the University of Zrich. His main interest was the chemistry of plants and animals, and he later conducted important research regarding the chemical structure of the common animal substance chitin, for which he received his doctorate. Hofmann joined the pharmaceutical-chemical department of Sandoz Laboratories (now Novartis), located in Basel, studying the medicinal plant squill and the fungus ergot as part of a program to purify and synthesize active constituents for use as pharmaceuticals.His research in lysergic acid, the central shared component of ergot alkaloids, eventually led to the synthesis of LSD-25 in 1938. It was five years later, on repeating synthesis of the almost forgotten substance, that Dr. Hofmann discovered the psychedelic effects of LSD after accidentally absorbing some through his fingertips on April 16, 1943. Three days later, on April 19 (later known as Bicycle Day, after his bicycle ride home that day while under LSD's influence), Hofmann deliberately consumed 250 micrograms of LSD, and experienced far more intense effects. This was followed by a series of self-experiments conducted by Hofmann and his colleagues. He calls LSD "medicine for the soul" and is frustrated by the worldwide prohibition that has pushed it underground. "It was used very successfully for 10 years in psychoanalysis," he said, adding that the drug was hijacked by the youth movement of the 1960s and then unfairly demonized by the establishment that the movement opposed. He concedes LSD can be dangerous in the wrong hands. He has been the author of over 100 scientific articles and has written (or co-written) a number of books, including LSD, My Problem Child, which is partly an autobiography and describes his famous bicycle ride. 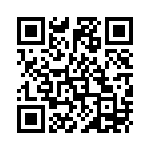