This is a matter of fact but warmly sympathetic literary biography - that is, discussing both the author and his major works - of L. Frank Baum, best known for writing the Wizard of Oz. I haven't read ... Read full review

It is not unknown for young readers enchanted by the tales of L. Frank Baum's Oz to carry with them throughout their lives the desire to move to that magical country. Baum authored not only The Wizard ... Read full review

Katharine M. Rogers helped establish women's studies programs at Brooklyn College and the Graduate Center. She has published five books and edited four anthologies of 18th- and 19th-century literature. She is married with three grown children, and lives in Maryland. 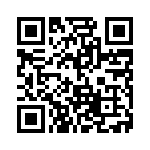