Luc Delahaye was born in France in 1962. Since 1989 he has photographed many of the conflicts around the world, receiving numerous awards including the Robert Capa Gold Medal and, most recently, the Oskar Barnack Award 2000 for the Winterreisephotographs. He became a member of the Magnum photo agency in 1994.

Jean Baudrillard is a French cultural theorist and philosopher whose writings on Postmodernism, Marxism and contemporary culture have been hugely influential internationally. 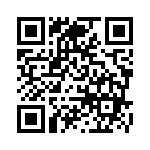