Jim Moran has written extensively on the uniforms, equipment and history of the United States Marine Corps. He is an enthusiastic collector of Marine Corps memorabilia and an honorary life member of the 2d Marine Division Association. When he is not accompanying USMC veterans on trips to the Pacific battlefields of World War II, Jim lives with his family in South Yorkshire.

Peter Dennis was born in 1950. Inspired by contemporary magazines such as Look and Learn he studied illustration at Liverpool Art College. Peter has since contributed to hundreds of books, predominantly on historical subjects, including many Osprey titles. A keen wargamer and modelmaker, he is based in Nottinghamshire, UK. 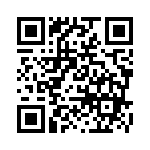