A committed radical historian and activist, Howard Zinn approaches the study of the past from the point of view of those whom he feels have been exploited by the powerful. Zinn was born in Brooklyn, New York in 1922. After working in local shipyards during his teens, he joined the U.S. Army Air Force, where he saw combat as a bombardier in World War II. He received a Ph.D. in history from Columbia University in 1958 and was a postdoctoral fellow in East Asian studies at Harvard University. While teaching at Spelman College in Atlanta, Georgia, Zinn joined the civil rights movement and wrote The Southern Mystique (1964) and SNCC: The New Abolitionists (1964). He also became an outspoken critic of the Vietnam War, writing Vietnam: The Logic of Withdrawal (1967) and visiting Hanoi to receive the first American prisoners released by the North Vietnamese. Zinn's best-known and most-praised work, as well as his most controversial, is A People's History of the United States (1980). It explores American history under the thesis that most historians have favored those in power, leaving another story untold. Zinn discusses such topics as Native American views of Columbus and the socialist and anarchist opposition to World War I in examining his theory that historical change is most often due to "mass movements of ordinary people." Zinn's other books include You Can't Be Neutral on a Moving Train: A Personal History of Our Times (1995) and Artists in Times of War (2004). He has also written the plays Emma (1976), Daughter of Venus (1985), and Marx in Soho (1999). 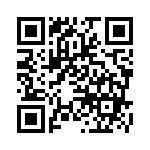