Born in London, the son of artist William Collins, Wilkie Collins was educated at Highbury and spent four years in Italy with his parents. Upon his return to England, he worked first in business and then law, but eventually turned to literature. Collins created the crime novel of intricate plot and baffling mystery. The Woman in White (1860) was his first success, followed in 1863 by his masterpiece The Moonstone. Both novels demonstrate Collins' fascination with psychological portraiture and sensationalistic complication. Other books include The Haunted Hotel (1875), Antonia (1850), and Heart and Science (1883). Collins was a close friend of Charles Dickens and collaborated with him. His mastery of plot influenced Dickens, and he was influenced by Dickens's mastery of character. 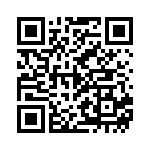