Now that she is ten, Lailah is delighted that she can fast during the month of Ramadan like her family and her friends in Abu Dhabi, but finding a way to explain to her teacher and classmates in Atlanta is a challenge until she gets some good advice from the librarian, Mrs. Scrabble. Read full review

Reem Faruqi based this book on her own experiences as a young Muslim girl immigrating to the United States. She lives in Atlanta, Georgia. 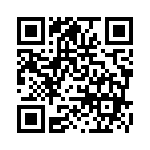