Bud Shrake is a natural story teller with a broad spirit of invention and a wild soul. This is an excellent collection of his work indeed, as I would read any longer version of the tales encapsulated ... Read full review

EDWIN “BUD” SHRAKE has worked as a journalist for Sports Illustrated, written several filmed screenplays, and is the author of several acclaimed novels, including Blessed McGill, Strange Peaches, and Billy Boy. He is also the co-author of Harvey Penick's Little Red Book, the best-selling sports book of all time. Shrake's newest novel is Custer's Brother's Horse. 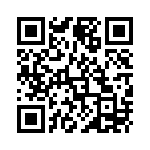