Rhys Langston Podell is a multidisciplinary artist and performer born, raised, and based in Los Angeles, California. Publications such as The LA Times, AFROPUNK, LA Weekly, and LA Record Magazine have praised his musical efforts. As a visual artist, his work has been passed over by the best in the business. A graduate of Wesleyan University in Middletown, Connecticut, he remains the poet laureate of his living room and has a higher vertical leap than your favorite rapper. Hitherto unpublished, he is unwavering and oft unintelligible. 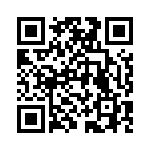