Michael Manheim through his photos showed neighborhoods in East Boston impacted by the airport operations and indirectly the loss of a beautiful Frederick Law Olmsted recreational environment that families enjoyed for an enduring length of time.
His photos are now legendary in East Boston and are often spotted in historical references and other publications. The photo documentation of one of the last 3 deckers on Neptune Road is without a doubt especially poignant because it truly ended the neighborhood along the once tree lined road.
We in the community can never thank him enough for his contribution to a piece of East Boston’s history as it relates to the significant impact Logan Airport had on the residents, and sadly, it still does! 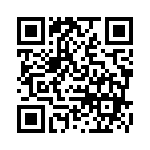