Snorri Sturluson is an Icelandic director and photographer. He is best known for his work as a member of the directing / photography collective Snorri Bros. Snorri has lived in New York since 2001 and as part of the Snorri Bros. helmed numerous high profile advertising campaigns for TV, print, and Internet for many of the world's best known brands as well as directing music videos and other content for various purposes. Along with being a professional image-maker and storyteller in the commercial world Snorri is developing several feature film scripts. Laundromat is the third book of photographs under the Snorri Bros. moniker but it is the first one consisting solely of photographs by Snorri Sturluson.

D. Foy's work has appeared in Post Road, The Literary Review, The Georgia Review, Berkeley Fiction Review, and Quick Fiction, to name a few. His story, "Barnacles of the Fuzz," recently made it to the pages of Forty Stories: New Writing from Harper Perennial, edited by Cal Morgan, and essays are forthcoming in Frequencies and BOMB. His novel, Made to Break, is due out from Two Dollar Radio in February 2014. He lives in Brooklyn. 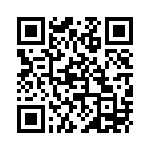