The writing is not stellar, but the view on the events through her life was interesting enough for me to finish it. I won't be keeping it, and I would only recommend it to die hard movie fans. Maybe a ... Read full review

I've always like Lauren Bacall, and who wouldn't want to read about Bogie and Bacall? But, she desparately needed an editor with a heavy hand. She would start a story, go off on a tangent and never ... Read full review

Lauren Bacall September 16, 1924 - August 12, 2014 Lauren Bacall was born Betty Joan Perske in Brooklyn, New York on September 16, 1924. She started modeling as a teenager and at the age of 18, appeared on the cover of Harper's Bazaar. This cover led to her first movie, To Have and Have Not, which was released in 1944 and also starred Humphrey Bogart, who became her lover on the set. They were married on May 21, 1945. They starred in several movies together including The Big Sleep, Dark Passage, and Key Largo. They were married for 12 years before Bogart died of cancer in 1957. During her lifetime, she appeared in more than 40 movies including How to Marry a Millionaire, Designing Woman, Murder on the Orient Express, The Mirror Has Two Faces, Dogville, and Manderlay. She received an honorary Academy Award in 2009 "in recognition of her central place in the Golden Age of motion pictures" and was named a Kennedy Center Honors winner in 1997. She also appeared on Broadway in Goodbye, Charlie and Cactus Flower. She won Tony Awards for her starring roles in Applause and Woman of the Year, which were both adapted from classic films. Her first autobiography, Lauren Bacall by Myself, won a National Book Award in 1980. Her second autobiography, Now, was published in 1994. She died on August 12, 2014 at the age of 89. 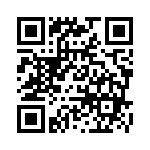