Howard Brenton trained in the fringe theaters of the late 1960s, which was known for its radical experiments in political consciousness-raising and an absence of theatrical scenery, stage venues, and formally constructed, full-length plays. After leaving Cambridge, he worked with a group in Brighton until the London production of Revenge in 1969 brought him a commission from Portable Theatre, an important touring company founded by two other Cambridge graduates, David Hare and Tony Bicat. For them, Brenton wrote Christie in Love, a stylistically disorienting confrontation of the Rillington Place murderer and the police. Brenton also participated in a seminal collaboration of the early 1970s, Lay-By, and joined Hare in writing a chronicle of British profiteers, Brassneck 1973. In the same year, Magnificence (1973), with its famous nihilistic conclusion-an accidental detonation that kills both a radical terrorist and his innocent victim-found its way to the stage of the Royal Court. Eventually Brenton left the fringe behind and found new scope for his ideas on the stages of the establishment. The National Theatre produced his study of an industrial strike, Weapons of Happiness (1974), and, most notoriously, The Romans in Britain (1980). Violent scenes in this epic of colonialism, which parallels the Roman occupation of Britain to the English presence in Northern Ireland, drew the wrath of citizens' groups, and a lawsuit. More recent subjects include nuclear arms in The Genius (1983), ironically challenging the optimism of Bertolt Brecht in Galileo, which Brenton translated, and the relationship of power and journalism in Pravda (1985), a collaboration with Hare. One of Brenton's more recent works is Diving for Pearls (1989), a political thriller. 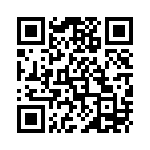