Layla, a jet-black unicorn with a curly gray mane, has had a fun summer exploring her home of Overlook Woods in this picture book by Haddish and Nolen. But when she starts school for the first time at ... Read full review

Tiffany Haddish is a comedian, actress, host, and producer who was the breakout star of the smash comedy Girls Trip. Her additional film and television work includes The Afterparty, The Card Counter, Here Today, Bad Trip, Tuca & Bertie, Kids Say the Darndest Things., Night School, The Carmichael Show, Keanu, and a turn as host of the 2018 MTV Movie and TV Awards. Her Emmy-nominated and Grammy-winning comedy special, Tiffany Haddish: Black Mitzvah, debuted on Netflix in December 2019. Haddish became the second black woman ever to win a Grammy for Outstanding Comedy Album and the first since Whoopi Goldberg won in 1986. She also Executive Produces and hosts Tiffany Haddish Presents: They Ready through She Ready Productions and both seasons are available on Netflix. In November 2017, she made history by becoming the first black female stand-up comedian to host Saturday Night Live which earned her the 2018 Emmy Award for “Outstanding Guest Actress in a Comedy Series.” Haddish also founded The She Ready Foundation to help and support foster kids in need. She currently lives in Los Angeles.

Jessica Gibson is a mostly self-taught freelance illustrator who graduated from Wayne County Community College with an associate of arts degree. Though she primarily illustrates children’s books, Gibson also creates artwork for magazines and has an interest in character design. With a pen and tablet by her side, she loves creating adorable, whimsical, and sometimes quirky illustrations, ready to brighten up everyone’s heart. You can visit her at www.jessicamgibson.com.

Jerdine Nolen is the author of a diverse range of picture books, from the thoughtful In My Momma's Kitchen to the wildly imaginative Harvey Potter's Balloon Farm, which was made into a TV movie. Jerdine Nolen lives with her children in Ellicott City, Maryland. 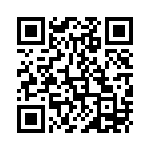