Lead Like Jesus is a new concept to help people take God out of the spiritual compartment of their private spiritual life and give Him free reigh in all their daily actions and relationships, especially their leadership roles. Read full review

We were posed the question in our Bible study class, "What type of leader do we think Jesus was?" and we were given the scripture, Proverbs 4:23. My answer was, Jesus was/is, the perfect leader. His ... Read full review

Kenneth Hartely Blanchard was born May 6, 1939, in Orange, New Jersey. He married Marjorie McKee, a business consultant, in 1962. He founded Blanchard Training and Development in 1977. Blanchard has cowritten several books on management, including one of the best-selling management books of all time, The One-Minute Manager (1982) with Spencer Johnson. In the book, the authors describe effective and efficient management skills. The basics to good management are setting goals, praising, and reprimanding. Blanchard says that these skills can easily be translated to work in the home as well as the office. Blanchard lives in San Diego, California.

Phil Hodges served as manager of human resources and industrial relations in the United States business world for about thirty-six years. He is the co-author of three books: Leadership by the Book by Ken Blanchardnbsp;with Bill Hybels and The Servant Leader and Lead Like Jesus by KenBlanchard.nbsp; 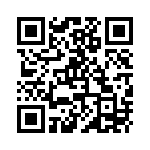