David C. Hardesty, Jr., served as president of his undergraduate alma mater, West Virginia University, from 1995-2007. He also holds degrees from Oxford University and Harvard Law School. His presidency has been recognized for its student-centered initiatives and its commitment to West Virginia's economic development. Enrollment, research activity, and endowments also grew rapidly under his leadership. 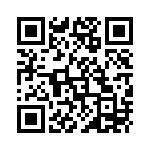