I read this book cover to cover in sequence. In my opinion, its not really a beginner book to bring you up quickly on python, This book goes over the entire python language set with a microscopic level of view, leading you slowly to an advanced level of understanding on each topic of the language.
If you want to learn python in a week as an experienced programmer, I give this book a lowly 2 stars.
If you want to be a python language geek. I give this book 5 stars because there's much to geek out about in this book. especially in the advanced sections, learning about all the way you probably would never use the language as an ordinary user.
I give this book 3 stars if you read half of it and then toss it out the window, then switch to the second series in book "programming python" and skip around in the book looking for what you need... you might be able to pull off 2 weeks if you do that..

Mark Lutz is a leading Python trainer, the author of Python’s earliest and best-selling texts, and a pioneering figure in the Python world.

Mark is the author of the three O’Reilly books: Learning Python, Programming Python, and Python Pocket Reference, all currently in fourth or fifth editions. He has been using and promoting Python since 1992, started writing Python books in 1995, and began teaching Python classes in 1997. As of Spring 2013, Mark has instructed 260 Python training sessions, taught roughly 4,000 students in live classes, and written Python books that have sold 400,000 units and been translated to at least a dozen languages.

Together, his two decades of Python efforts have helped to establish it as one of the most widely used programming languages in the world today. In addition, Mark has been in the software field for 30 years. He holds BS and MS degrees in computer science from the University of Wisconsin where he explored implementations of the Prolog language, and over his career has worked as a professional software developer on compilers, programming tools, scripting applications, and assorted client/server systems.

Mark maintains a training website (http://learning-python.com) and an additional book support site on the Web (http://www.rmi.net/~lutz). 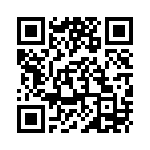