Walt Whitman was born on Long Island and raised in Brooklyn, New York, the son of a carpenter. He left school when he was 11 years old to take a variety of jobs. By the time he was 15, Whitman was living on his own in New York City, working as a printer and writing short pieces for newspapers. He spent a few years teaching, but most of his work was either in journalism or politics. Gradually, Whitman became a regular contributor to a variety of Democratic Party newspapers and reviews, and early in his career established a rather eccentric way of life, spending a great deal of time walking the streets, absorbing life and talking with laborers. Extremely fond of the opera, he used his press pass to spend many evenings in the theater. In 1846, Whitman became editor of the Brooklyn Eagle, a leading Democratic newspaper. Two years later, he was fired for opposing the expansion of slavery into the west. Whitman's career as a poet began in 1885, with the publication of the first edition of his poetry collection, Leaves of Grass. The book was self-published (Whitman probably set some of the type himself), and despite his efforts to publicize it - including writing his own reviews - few people read it. One reader who did appreciate it was essayist Ralph Waldo Emerson, who wrote a letter greeting Whitman at "the beginning of a great career." Whitman's poetry was unlike any verse that had ever been seen. Written without rhyme, in long, loose lines, filled with poetic lists and exclamations taken from Whitman's reading of the Bible, Homer, and Asian poets, these poems were totally unlike conventional poetry. Their subject matter, too, was unusual - the celebration of a free-spirited individualist whose love for all things and people seemed at times disturbingly sensual. In 1860, with the publication of the third edition on Leaves of Grass, Whitman alienated conventional thinkers and writers even more. When he went to Boston to meet Emerson, poet Henry Wadsworth Longfellow, essayist Oliver Wendell Holmes, and poet James Russell Lowell, they all objected to the visit. With the outbreak of the Civil War, Whitman's attentions turned almost exclusively to that conflict. Some of the greatest poetry of his career, including Drum Taps (1865) and his magnificent elegy for President Abraham Lincoln, "When Last in the Dooryard Bloom'd" (1865), was written during this period. In 1862, his brother George was wounded in battle, and Whitman went to Washington to nurse him. He continued as a hospital volunteer throughout the war, nursing other wounded soldiers and acting as a benevolent father-figure and confidant. Parts of his memoir Specimen Days (1882) record this period. After the war, Whitman stayed on in Washington, working as a government clerk and continuing to write. In 1873 he suffered a stroke and retired to Camden, New Jersey, where he lived as an invalid for the rest of his life. Ironically, his reputation began to grow during this period, as the public became more receptive to his poetic and personal eccentricities. Whitman tried to capture the spirit of America in a new poetic form. His poetry is rough, colloquial, sweeping in its vistas - a poetic equivalent of the vast land and its varied peoples. Critic Louis Untermeyer has written, "In spite of Whitman's perplexing mannerisms, the poems justify their boundless contradictions. They shake themselves free from rant and bombastic audacities and rise into the clear air of major poetry. Such poetry is not large but self-assured; it knows, as Whitman asserted, the amplitude of time and laughs at dissolution. It contains continents; it unfolds the new heaven and new earth of the Western world." American poetry has never been the same since Whitman tore it away from its formal and thematic constraints, and he is considered by virtually all critics today to be one of the greatest poets the country has ever produced.

Sculley Bradley was Vice-Chancellor of the University of Pennsylvania.

Arthur Golden was Professor of English at City College at the City University of New York.

William White was Professor and Director of the Journalism Program at Oakland University. 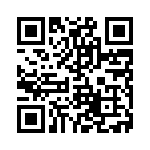