The Physics of Pretty Mathematics
One of the founders of quantum mechanics and quantum electrodynamics, Paul A. M. Dirac shared the 1933 Nobel Prize in Physics with Erwin Schrödinger, "for the discovery of new productive forms of atomic theory."

In the Author's Own Words:
"A good deal of my research in physics has consisted in not setting out to solve some particular problem, but simply examining mathematical equations of a kind that physicists use and trying to fit them together in an interesting way, regardless of any application that the work may have. It is simply a search for pretty mathematics. It may turn out later to have an application. Then one has good luck."

Critical Acclaim for Lectures on Quantum Mechanics:
"Dirac's lovely little book represents a set of lectures Dirac gave in 1964 at Yeshiva University, at a time when the great master could take advantage of hindsight. The Dover edition didn't appear until 2001. The clarity of Dirac's presentation is truly compelling (no mystery at all!). Very little background is required on the part of the reader. Dirac begins with the Hamiltonian method, and then passes to quantization in terms of physics. The mathematics of quantization on curved (and flat) surfaces is clearly presented in the second part of the book." — Palle E.T. Jorgensen, author of Operators and Representation Theory: Canonical Models for Algebras of Operators Arising in Quantum Mechanics, which Dover reprinted in 2008 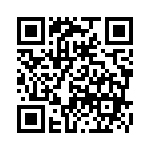