Lectures on the history of political philosophy

After the publication ofA Theory of Justice in 1971, Rawls (1921-2002) became the most influential moral and political philosopher in the Western world. As such, the issuing of this posthumous volume ... Read full review 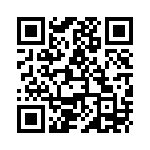