Günter Last is Professor of Stochastics at the Karlsruhe Institute of Technology, Germany. He is a distinguished probabilist with particular expertise in stochastic geometry, point processes, and random measures. He coauthored a research monograph on marked point processes on the line as well as two textbooks on general mathematics. He has given many invited talks on his research worldwide.

Mathew Penrose is Professor of Probability at the University of Bath. He is an internationally leading researcher in stochastic geometry and applied probability and is the author of the influential monograph Random Geometric Graphs (2003). He received the Friedrich Wilhelm Bessel Research Award from the Humboldt Foundation in 2008, and has held visiting positions as guest lecturer in New Delhi, Karlsruhe, San Diego, Birmingham, and Lille. 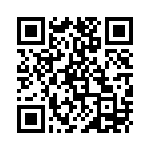