Green was professor of Moral Philosophy at Oxford and had major influence during the later 19th and early 20th century in the shift from classical liberalism to the modern socialistic liberalism of ... Leer reseńa completa

Born in Birkin, Yorkshire, the son of an Anglican clergyman, Thomas Hill Green entered Balliol College, Oxford, in 1855 and was elected a fellow in 1860. His early efforts at an academic career were unsuccessful, and in 1865--66 he worked on a royal commission investigating the British educational system. He returned to Balliol as a tutor, and when Benjamin Jowett became master in 1870, Green took over many of the college's administrative duties. He was finally elected a professor of moral philosophy in 1878. Throughout his career Green was active in politics as a Liberal, supporting the temperance movement and the local Oxford school system. Green's chief works are his critique of empiricism in his long introduction to his and T. H. Grose's edition of Hume's works (1874) and his Prolegomena to Ethics (published posthumously, 1883). The remainder of his writings, including his lectures on political philosophy, were published in three volumes between 1885 and 1888. Green's interests centered on ethics and political philosophy. He was one of the leading "British idealists," critical of empiricism and naturalism and sympathetic to the metaphysical position of Kant and Hegel (see also Vol. 3). 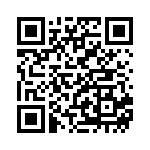