David Cox is an author, professor of history at Southern Virginia University in Buena Vista, Virginia, and an Episcopal priest. He specializes in religious and American studies and was recently named SVUżs Phi Kappa Phi Professor of the Year for 2017ż18. His most recent book, The Religious Life of Robert E. Lee (2017) won critical acclaim for his understanding of Leeżhis religion, and his times. David has published works on holy matrimony and the Anglican ministry.After graduating from the University of Virginia and Yale Divinity School, David served congregations in Connecticut and Virginia, including R. E. Lee Memorial (now Grace Episcopal) Church in Lexington, Virginia, from 1987 to 2000. He left that position to complete his doctoral studies, receiving fellowships at Harvard Divinity School and Virginia Theological Seminary. He then ministered to parishes in Arlington, Richmond, Annandale, and, from 2006ż13, Hot Springs, Virginia. David graduated from two programs of the Sorensen Institute for Political Leadership at the University of Virginia, and in 2008 was elected to the Lexington City Council and served a four-year term.David and his wife, Melissa, reside in Lexington, Virginia, and have three children, four grandchildren, and one happy dog. 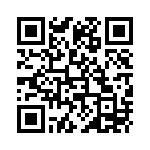