Zachary R. Morgan is an associate professor of Latin American history and African American studies at Penn State University. He has prevoiusly taught in the American Studies department at the University of Nex Mexico and in the History departments of Boston College and William Paterson University. 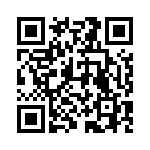