I am genuinely struggling to think of another book that has divided my opinion as to its worthiness so thoroughly, or so often. When I started reading the book, I was concerned that the quoted praise ... Lue koko arvostelu

Service (Trotsky: A Biography; Stalin: A Biography) here comprehensively covers Lenin's entire life, beginning with his early influences in Ulyanovsk through his end-of-life deterioration. Lenin is shown to be a brilliant, difficult, and strident person from beginning to end. Lue koko arvostelu

Robert Service is a Fellow of the British Academy and of St Antony's College, Oxford. He has written several books, including the highly acclaimed Lenin: A Biography, Russia: Experiment with a People , Stalin: A Biography and Comrades: A History of World Communism, as well as many other books on Russia's past and present. Trotsky: A Biography was awarded the 2009 Duff Cooper Prize. Married with four children, he lives in London. 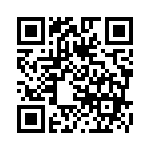