Giuseppe Motta is a Researcher at Sapienza University of Rome, where he teaches Eastern European History and Modern History. He is a member of the Institute of Italian-Romanian Studies of Cluj-Napoca, Romania, and has worked at the universities of Bergamo and Babes-Bolyai of Cluj. He is the author of many articles and books on Eastern European History, and particularly on the conditions of national minorities. His publications include The Italian Military Governorship in South Tyrol and the Rise of Fascism (Rome, 2012); The Transylvanian Dispute after the First World War; Ardeal. Le origini della Transilvania romena; Le minoranze nel XX secolo. Dallo Stato nazionale all'integrazione europea; and Nationalisms, Identities, European Enlargement. 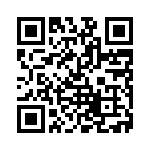