St. Basil, also known as Basil the Great, is included as one of the Cappadocian Fathers, the leaders of philosophical Christian orthodoxy in the later fourth century. Basil was born in Cappadocia, in present-day Turkey. He was educated according to the best Christian and non-Christian culture of his day. He briefly pursued the monastic life in Syria and Egypt. Although he returned to his homeland, he remained influential in the monastic life of Asia Minor. In 370 he succeeded Eusebius as bishop of Caesarea, a post he held until his death. Basil was continuously involved in defending orthodoxy against many of the significant controversies of the fourth century. His most important work was as leader in the intellectual defense of Nicene Christianity. He was a champion of the term homoiousios which means "like in substance to the Father." Basil argued that the term had the same implications as the term homoousios, meaning "of one substance" in the Nicene Creed. One of his most important treatises, "On the Holy Spirit," argued against the belief of those denying the divinity of the Holy Spirit. Basil died in 379 A.D. 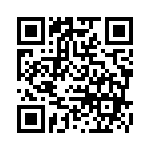