Review: Leviathan: Or, the Matter, Forme, & Power of a Common-Wealth Ecclesiasticall and CIVILL

Many people when talking about philosophy pose the question, who is the most misunderstood philosopher in history? The most often heard candidate I hear is "Nietzsche." Though since Bertrand Russell's ... Przeczytaj peġnḟ recenzjê 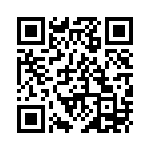