JOHN M. OWEN IV is Assistant Professor of Government and Foreign Affairs at the University of Virginia. 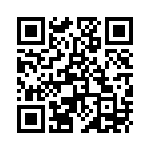