The "Lies" are mostly lies of omission. It's more about what is left out of information on historical sights. It amused me to find out that a horse an a statue had to be male (even though the man's favorite mount was a mare) to protect the subject's dignity. Read full review

Lies of omission is a more accurate title. I found this book to be a little disappointing. Perhaps it's my fault for misinterpreting the subject matter. I had assumed it dealt with information that ... Read full review

Social scientist and professor James Loewen is an outspoken critic of "feel-good" history. In his book "Lies My Teacher Told Me: Everything Your American Textbook Got Wrong" (1996) he debunks the myths and exposes the omissions he feels are taught in the nation's high schools. Disturbed by his college students' lack of knowledge of history and concerned about minority misconceptions, Loewen spent two years at the Smithsonian analyzing 12 leading history texts and 11 years writing this best-selling indictment of history teaching. Loewen believes that controversy has been removed from classrooms in favor of blind patriotism. "Any history book that celebrates, rather than examines, our heritage has the by-product, intended or not, of alienating all those in the 'out group', those who have not become affluent, and denies them a tool for understanding their own group's lack of success." Loewen's other books include ""Mississippi: Conflict and Change" (1974, rev. 1980), a revisionist history of the state written with a coalition of students and faculty at Tougaloo College, Mississippi; "Mississippi Chinese: Between Black and White" (1971), a study of this minority's role in society; "Social Science in the Courtroom" (1983), based on the author's experiences as an expert witness in civil rights cases and "The Truth About Columbus: A Subversively True Poster Book For A Dubiously Celebratory Occasion" (1992). In addition, the author is a frequent contributor to professional publications, sometimes under the pseudonym James Lyons. James W. Loewen was born February 6, 1942 in Decatur, Illinois and was educated at Carleton College (B.A., 1964) and Harvard University (M.A, 1967; Ph.D., 1968). He was a sociologist and teacher specializing in race relations at Tougaloo College, Mississippi from 1968 to 1974. 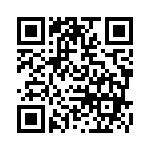