The "Lies" are mostly lies of omission. It's more about what is left out of information on historical sights. It amused me to find out that a horse an a statue had to be male (even though the man's favorite mount was a mare) to protect the subject's dignity. Read full review

Lies of omission is a more accurate title. I found this book to be a little disappointing. Perhaps it's my fault for misinterpreting the subject matter. I had assumed it dealt with information that ... Read full review

James W. Loewen is the bestselling author of Lies My Teacher Told Me and Lies Across America. He is a regular contributor to the History Channel's History magazine and is a professor emeritus of sociology at the University of Vermont. He resides in Washington, D.C. 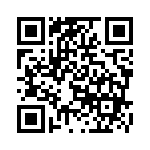