Audiobook This starts off being read by Johnny Depp in abeautiful measured sonorous tone but somewhere around chapter 3 it is suddenly Keith himself reading it, either drunk, stoned or both. The ... Read full review

"Life" was okay. Some of it was interesting, some of it wasn't, and in either case, Keith Richards is not a particularly great writer. Throughout he often goes on one or two sentence diversions that ... Read full review

Keith Richards was born in London in 1943. A guitarist, vocalist, songwriter, and cofounder of the Rolling Stones, he has also released solo albums with his band, The X-Pensive Winos. He lives in Connecticut with his wife, Patti Hansen.

James Fox was born in Washington, D.C., in 1945 and has known Keith Richards since the early 1970's when he was a journalist for the Sunday Times in London. His books include the international bestseller White Mischief. He lives in London with his wife and sons. 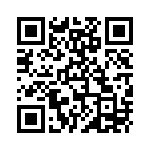