James LaVeck has spent the greater part of his life consulting for financial institutions and providing project management services. He has helped produce two movies and a classical-crossover album. He is also an author and wrote his memoir, Life After Losses. Jim fell in love with his first husband, Bob, and spent seven years with him before losing him. After a number of years, and with much struggle, he got back to himself and began to date again. He married his second husband and lost him, as well. He began to write his memoir as a cathartic exercise, but it began to metamorphose into a profound narrative that addressed the human experience in learning to deal with the loss of a significant other. With his deep and personal story, he has penned what it's like to feel intense passion towards someone, building a life together, raising children, and dealing with an overbearing sense of grief. He is a native Californian who currently resides in Massachusetts with his two teenage children and two dogs. He enjoys music, musical theatre, and movies. He enjoys going to concerts and is at present learning to play the piano. After several years of volunteering in the community, he has also begun to take acting classes and vocal lessons with the hope of participating in community theatre projects. 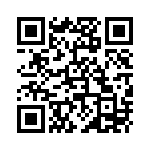