Review: Life Is Not a Stage: From Broadway Baby to a Lovely Lady and Beyond

I enjoyed reading about this woman that I have watched perform so often. Read full review

Review: Life Is Not a Stage: From Broadway Baby to a Lovely Lady and Beyond

Very engaging book. If you are looking for a Brady Bunch tell all, this is the wrong book for you. It is a interesting memoir full of small little lessons about life in general. Read full review

Florence Agnes Henderson was born in Dale, Indiana on February 14, 1934. She studied at the American Academy of Dramatic Arts for a year before being cast in Wish You Were Here, a musical comedy about a summer camp for grown-ups. She was then cast as the female lead, Laurey, in the national tour of Oklahoma! Her stage work went on to include the musicals Fanny and The Girl Who Came to Supper on Broadway and the national tour of The Sound of Music. She is best known as the sitcom mom on The Brady Bunch, which ran from September 1969 to March 1974. She also appeared on the television shows The Bell Telephone Hour, Oldsmobile Music Theater, and The Dean Martin Show. She was the host of Country Kitchen, a cooking show on TNN, for nine years beginning in 1985. She appeared in several feature films including Song of Norway, Shakes the Clown, and For Heaven's Sake. She died from heart failure on November 24. 2016 at the age of 82. 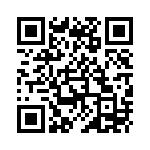