This memoir, written by Dr. Lejeune's daughter will move you to tears. Dr. Lejeune was a personal friend of Pope John Paul II. He is known for finding Trisomy 21, aka Down's syndrome. He was shunned by many in the scientific community for standing up for the unborn and disabled. Read full review 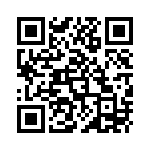