LIFE IS AN OPERETTA: and Other Short Stories

The late Peter Ustinov traveled the globe as an entertainer and actor and served as ambassador at large for UNICEF. For his work in film and the arts he received two Academy Awards, three Emmys, and one Grammy. He was also a producer, director, and playwright, and the author of Life Is an Operetta and Other Short Stories, Add a Dash of Pity, Quotable Ustinov, and Ustinov Still at Large. He was knighted in 1990. 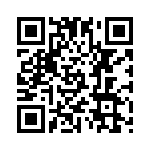