Bernie Webber is a the recipient of the Coast Guard Gold Life Saving medal and he is the hero chronicled in the book and movie titled The Finest Hours. 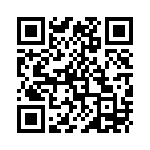