Page 1 - An eel in the fundamental mud upon which the superstructure of organized society is reared. When he wriggles he mistakes the agitation of his tail for the trembling of the edifice. As compared with the statesman, he suffers the disadvantage of being alive.
Appears in 73 books from 1911-2008

STEVE BICKERSTAFF is an Adjunct Professor at the University of Texas School of Law and has written extensively on redistricting. He is retired from the law firm he founded and lives in Austin, Texas. 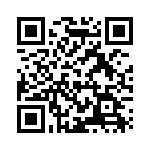