Michael P. Steinberg is Professor of History and Music, and Inaugural Director of the Cogut Center for the Humanities at Brown University. He is Associate Editor of The Musical Quarterly as well as author of Austria as Theater and Ideology: The Meaning of the Salzburg Festival, which won Austria's Victor Adler Prize for History in 2001. He is also the recipient of the Berlin Prize and a Guggenheim Fellowship. 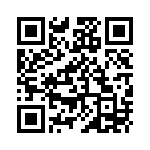