MARTIN TUCKER is Professor of English at the C.W. Post Campus of Long Island University. He is the author of two books, Africa in Modern Literature (1967) and Joseph Conrad (1976), and more than 15 volumes of literary encyclopedia, among them The Critical Temper, Moulton's Library of Literary Criticism (revised and corrected by Tucker), Modern British Literature, and Modern Commonwealth Literature. He has been the editor of Confrontation: A Literary Journal since 1968, and has received two fellowships for his editorial distinction. His volume of poems Homes of Locks and Mysteries was selected for inclusion in the prestigious English-Speaking Union's Books Across the Seas Program in 1982. 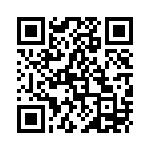