Nicole N. Aljoe is Associate Professor of English and African American Studies at Northeastern University, USA. She is co-director of The Early Caribbean Digital Archive and editor of Caribbeana: The Journal of the Early Caribbean Society. Author of Creole Testimonies: Slave Narratives from the British West Indies, 1709-1836 (Palgrave, 2012), she also co-edited Journeys of the Slave Narrative in the Early Americas (2014).

Brycchan Carey is Professor of English at Northumbria University, UK. He is the author of British Abolitionism and the Rhetoric of Sensibility: Writing, Sentiment, and Slavery, 1760–1807 (Palgrave, 2005) and From Peace to Freedom: Quaker Rhetoric and the Birth of American Antislavery, 1658–1761 (2012). His edition of Olaudah Equiano’s Interesting Narrative was published in 2018.

Thomas W. Krise is President Emeritus and Professor of English at Pacific Lutheran University in Tacoma, Washington, USA. A former president of the Early Caribbean Society and the Society of Early Americanists, he is the editor of Caribbeana: An Anthology of English Literature of the West Indies, 1657-1777 (1999). 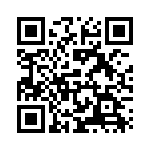