After teaching in elementary and middle school classrooms for a number of years, Lee Galda received her Ph.D. in English Education from New York University. A former professor at the University of Georgia, she is now a professor at the University of Minnesota where she teaches courses in children's literature and language arts. Lee is a member of the National Reading Conference, the National Council of Teachers of English, the International Reading Association, the American Library Association, and the United States Board on Books for Young People and sits on the review boards of many professional journals. She was the Children's Books Department editor for THE READING TEACHER from 1989 to 1993 and served as a contributing editor for THE RIVERBANK REVIEW. She also was a Newbery Medal judge for the 2003 nomination. Author of numerous articles and book chapters about children's books, Lee recently co-authored a chapter on research in children's literature in the HANDBOOK OF READING RESEARCH, VOLUME III. Other recent chapters appear in the HANDBOOK OF RESEARCH ON TEACHING THE ENGLISH LANGUAGE ARTS, 2nd Edition, and THEORETICAL MODELS AND PROCESSES OFREADING, 5th Edition. She lives in Minneapolis, Minnesota, with her husband and two children.

Bernice E. Cullinan was born on October 12, 1926 in Hamilton, Ohio. She began her career as an elementary school teacher as she pursued her undergraduate and graduate studies at Ohio State University. She was an instructor and assistant professor at Ohio State University from 1959 to 1967 before moving to an associate professor position at New York University in 1967. She taught there for 30 years. She received many honors for her teaching and advocacy work including induction into the IRA's Reading Hall of Fame in 1989. In 1990, she was named editor-in-chief of Wordsong, the newly created poetry imprint at Boyds Mills Press, a position she held until 2008. During her lifetime, she wrote or edited more than 40 books including Children's Literature in the Reading Program (IRA) and Literature and the Child. She died on February 5, 2015 at the age of 88. 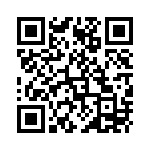