I believe that until you believe in yourself & your dreams you will not get far I think that anyone who reads this will feel empowered and informed. Read full review

Many people can learn from this book. Les Brown is a great public speaker. It was shipped with no problems i am happy with the service. Read full review

Les Brown came up the hard way. He and his brother were adopted at the age of six weeks by a single woman and raised in the Liberty City section of Miami, Florida. In the fifth grade, Les was mistakenly declared "educably mentally retarded." In spite of these conditions, he became a disc jockey, a community activist, and later served three terms in the Ohio State Legislature, becoming chairman of its Human Resources Committee. He is an internationally acclaimed speaker and has had five PBS television specials. 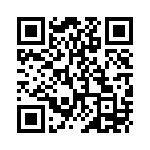