David D. Hall is Professor of American Religious History at the Harvard Divinity School. His books include Worlds of Wonder, Days of Judgment: Popular Religious Belief in Early New England. 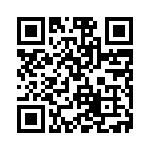