Loaded Blessings is Faith's first novel. She graduated from Emerson College, earning a BS in Mass Communication and then from Harvard University, earning an M.Ed., focusing on human development and psychology. She attended a semester at Tel Aviv University in Israel and worked as a volunteer on a banana plantation in Kibbutz Magal. She wishes for a peaceful world for all, with many blessings, loaded or otherwise. 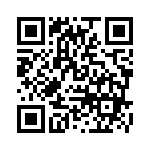